My name’s Epic and these are my top 10 Rebel Clash cards from the latest Sword and Shield set. As a little background, I’ve been playing competitive TCGs for about 15 years. Not all those years have been playing Pokémon, either. My experience has spanned across games like Magic the Gathering, Yu-Gi-Oh, Vs, World of Warcraft, Final Fantasy, Dragon Ball Super, the list goes on…

As a player who always tries to stay on top of the Meta as it evolves, when I was asked if I wanted to share my Top 10 cards from the latest Pokémon set Rebel Clash, I thought to myself, “Sure, I think it can be a good way for others to see different a point of view on cards in a game where players need to be constantly adapting their decks.” Personally, whenever a new set comes out I like to read and/or watch two to three different Top 10 lists, if not a breakdown of the entire set, to get a good feel of what I might see in locals and on the more competitive stage when heading to League Cups and Regional tournaments. So, I figured, why not help some other players do the same by sharing my own preferences?

Anyways, let’s get on with it already – here are my thoughts on the top 10 Rebel Clash cards! With PikaRom still hanging around, Boltund V seems to be another weapon that deck can easily slide in. Bolt Storm‘s able to do some good early damage, especially with an early Tapu Koko putting 2 energies on board and Thunder Mountain. Add a couple of Electropowers and -BANG!- you are swinging on Turn 2 for a quick 190 damage with 1 energy. I wouldn’t sleep on the Electrify attack either. Having the energy acceleration to quickly boost a PikaRom or a Raichu can make the difference. There’s a bit of hype for the Counter attack. I mean, it definitely has potential. With 1 Welder attachment, Counter forces the opponent to play around it and look for that Boss’s Orders. Meanwhile, Max Pyro Ball is a decent attack with 170 (plus 20 burn) damage, looks to be a good 2 shot attack on any of the other VMAX and Tag Team Pokémon. Wrapping it all together, 320 HP makes itself at least a 2 shot knockout, before weakness. With items and supporters to take off some damage, Cinderace VMAX could prove to be a big problem for your opponent. Rillaboom V and VMAX… These are not cards to overlook. Rillaboom’s baby stage 3 form and EggRow are already making noise together, so this is definitely a new combo worth testing. With a potential of 280 damage, Tag Teams might be on the way out faster than we think. Only time will tell. You may play as many Item cards during your turn as you like (before your attack). Standard has been missing a way to deal with all the Tool cards in the meta. There’s Malamar‘s Spell Tag, Jirachi riding an Escape Board, and even the new Island Challenge Amulet. As a friend of mine said Tool Scrapper is just a discount version of Field Blower. Nonetheless, this is an Item card I might try and find room for at least 1-of in most of my decks. Depending on how the meta evolves, maybe even a second. Very interesting card. It has some potential since it’s always a great thing when a card provides a second beneficial effect. Adding a second Pokémon to the bench in an era where a first turn supporter is no longer legal could save you from a turn 1 donk. Later, it’s just gonna grab a big Tag Team or a basic V Pokémon. The downside, of course, is that it only provides 1 colorless energy. I’m not exactly sure how motivated I am to put 3-4 Capture Energies in my deck, but that’s what playtesting is for.

A Little Something To Meme With? Now that we’re at the halfway point of my Top 10 Rebel Clash list, I thought we could take a short break for something funny. While doing research for this list, I was going through the set and I came across this little number. Now, I don’t think it’ll be something you see at the top tables of a Regional or even in a League Cup but at locals and online I could see people tossing this in a meme deck just for fun.

The ability in itself is quite something to think about. As I said, it’s not your next big regional winning card but it sure can make things fun and interesting at your locals. You hit heads on a Tag Team or VMAX, you trade 3 prizes for 1. Hilarious. I think this card’s gonna have its moments. With 130 damage for just 2 energies, getting that attack off doesn’t seem to be too difficult and those 5 damage counters can have your opponents sweating as you set up those future knocks. Still, I’m not the biggest fan of the first attack. 1 energy for 60 damage is nice but, with the focus of the game going to big VMAX cards, 60 damage is a bit low. Pair Dragapult VMAX with the right cards and you’re looking at a deck that can bring a top cut finish at League Cups and more than likely to finish day 1 at a Regional. We could say that this is another discount card of yet another great card: Double Colorless Energy. Now with that being said, this special energy card is still definitely going to be played. A sleeper deck that I can see it giving some amazing support to is the Lost March deck. This deck lost Double Colorless Energy, which made it hard for Natu to attack. Well, now Twin Energy‘s here and ready to fill that slot. Another great support Pokémon card with the ability to retrieve any Supporter from the discard pile and add it to your hand. That makes this a definite card to be played in almost every deck. The downside of the card is that it takes a bench spot and, with Dedenne GX still in the format, space is limited. I’m sure I’ll still see most decks running 1-2 copies of Eldegoss V in their decks, though. This is another one of those hype cards from the Rebel Clash set and it has every reason to be. As mentioned before, bench space is becoming a premium and Scoop Up Net can provide you some breathing room. The combos it can create with non-VMAX and GX decks are just amazing. With Jirachi eventually losing Escape Board, this seems to be a perfect replacement. Not just in Standard, either. I can’t wait to see what this card does in the Expanded format, lord save us all.

Honorable Mentions and My Personal Favorite 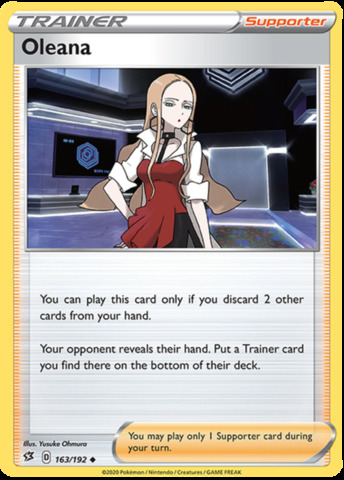 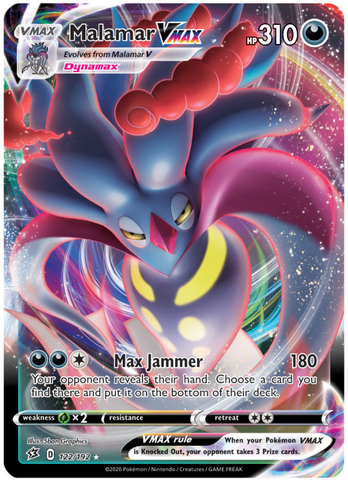 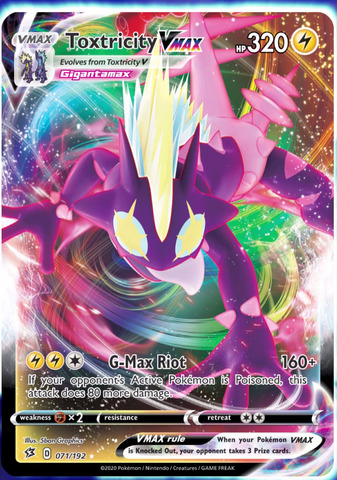 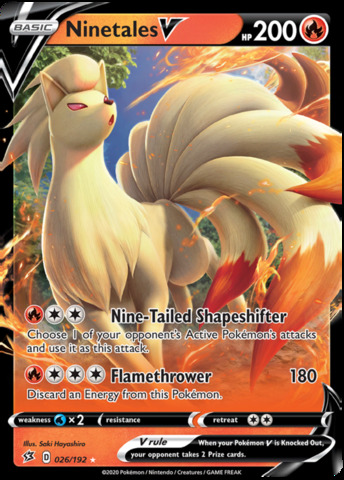 With 2-3 great draw options already in the format, I do not see this card being in many main decks. Still, it could see use in some niche decks that need a Supporter as specific as this one.

So, this VMAX has an attack that deals 180 damage. And disrupting your opponents hand is never a bad thing, I guess. I know all those Malamar lovers out there will eventually find a way to make this work. Personally, I think having just 1 attack for 2 dark energies and a colorless will be a bit slow for the current meta, but who knows?

I’ve heard some hype about this card. If this VMAX gets paired with the right set of cards, it can definitely cause your opponents some issues. Hitting for a base 160 damage will 2-shot most VMAX cards and having lightning as its main energy cost is great. With Tapu Koko and Thunder Mountain, getting the energy
to attack doesn’t seem too hard.

Ninetales V is my favorite card of Sword & Shield: Rebel Clash for a couple of reasons. First of all, the Full Art Ultra Rare is just amazingly beautiful. Second, the card combos so well with Welder since you don’t have to fulfill the energy cost of the attack you are copying. This makes 1 prize decks just as vulnerable as GX, Tag Team, and VMAX decks. In Fire Box builds, Ninetales V can really help set the tone and take an early advantage. Late in the game, it has the potential to take a huge knock out for the win. I might just be biased, but I think this card can see play in almost any fire deck as a 1-of and should be played in all Welder decks. The undisputed champion of my Top 10 Rebel Clash Pokémon Cards. What can I say about Boss’s Orders? Well, it has plays for days. It can stall you a turn or, if needed, it can change the momentum of any game. I mean, it has “oh, did you just top deck?” plays, it has Eldegoss from the discard plays, it has your opponent gets up from the table and stomps off plays, it has game-ending plays, it could even have make you a World Champ plays. The only downside to this card is that it came out in this set. This card should probably have been released in base Sword & Shield. Still, it’s here now and it’s going to be making plays. Only question is: how many copies do you play?

This has been Epic’s Top 10 Rebel Clash cards! I believe they’re soon gonna be seen at locals all over. Some might even define the upcoming meta. Anyways, I want to shout out all those content creators that helped me. Sharing their own thoughts and deck ideas really inspired me. After sitting down, doing the research, and going through the set, I thought writing this would be easier than it really was. However, my fellow content-makers kept me motivated and it turned out to be loads of fun. To anyone who reads my Top 10 Rebel Clash article but feels like I missed a card or didn’t rank a card right, I encourage you to create your own Top 10! Share it in the comments or on Discord at https://discord.gg/5nRhMGV. I hope to see you all again when socializing and playing are a thing again. Until then, stay safe everybody. Epic out!