Double Masters is a new twist on the whole Masters series sets. This set doubles everything as the name implies! Two rares or mythic and two foils per pack and two non-foil Box-topper per Box. You even get two Draft first-pick per pack. Three Kings Loot will be excited to be Drafting this new product on Release Weekend. We will also have preorders for Booster boxes available. WotC also announced there will be a Collector’s edition called VIP Edition, packed with awesomeness with more information closer to release. They also announced that this will not be the 2020 set containing Enemy Fetch Lands, reprinted in Secret Lair Ultimate edition on May 29th.

Double Masters will be available on Magic Online starting August 6 for $6.99 per booster. It will not be redeemable. Similar to Collector Edition, these will be Double Masters premium packs. Their content is much different from the Collector’s packs, perhaps why they are called VIP Edition instead. Each pack will be around the price of a Draft Booster Box and will contain: 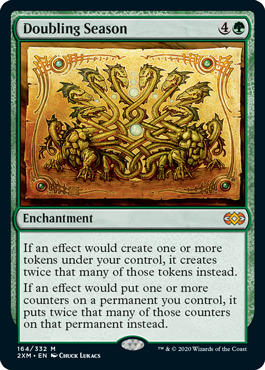 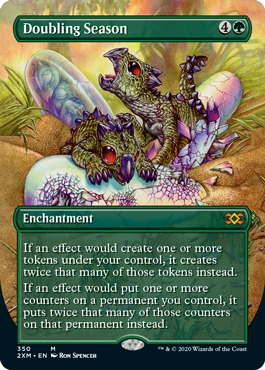