Welcome back to another Crack a Pack with Bruce.  Over the last couple of weeks we’ve cracked a pack from each of the three sets of Theros block and had some interesting selections.  However, M15 is still a week away before it becomes the draft format of choice leaving us with a weird one week window where we just aren’t sure what to open.  Well, now is a perfect time to open up a pack of Conspiracy to check it out and see what I would pick. I’ll be honest, I haven’t had a chance to actually play Conspiracy yet but it seems super sweet and I want to have a look at some of the cards in the set.  Let’s check out what we’ve got. 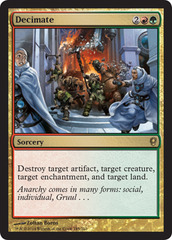 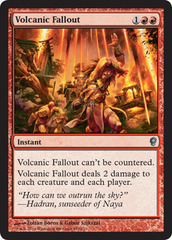 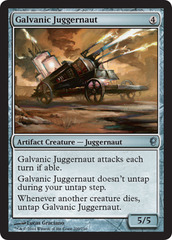 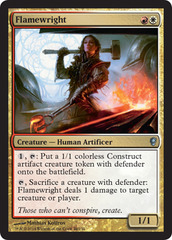 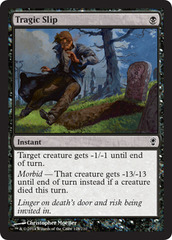 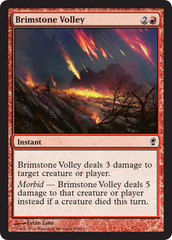 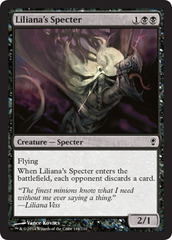 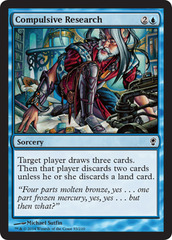 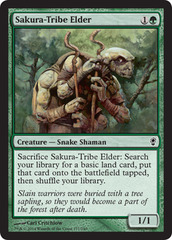 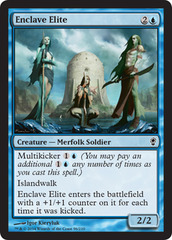 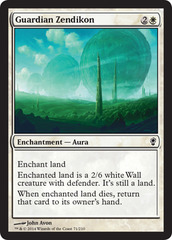 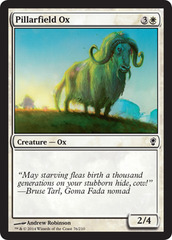 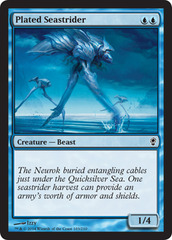 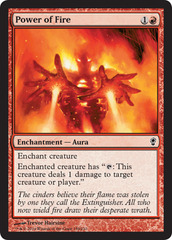 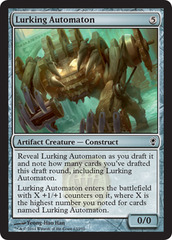 Having not cracked a lot of packs of Conspiracy but being relatively familiar with the set, this feels like a bit of an average pack…and that’s just fine.  There are plenty of interesting choices to consider and some very solid and playable cards in this pack.  The first thing that I notice is that this pack is LOADED with good removal.  If this is the average pack then creatures don’t stand a snowflake’s chance in Hell of living for long…but perhaps in a multiplayer game you end up burning out your removal early and creatures stick around.  Let’s look at what catches my eye.

The rare is Decimate and this is spicy.  For 4 mana you get to destroy an artifact, a creature, an enchantment, and a land.  That works out to 1 mana per target, which is pretty good bang for your buck.  Also, the fact that it can target different thing means you could get something from each of your opponents.  Here’s where the strategy sets in: if you hit each of the other 3 players with this I can assure you that you will have 3 players battering down your defences in short order and leaving you on the side of the road in bloody heap (proverbially speaking).  No, this card is almost best used to set 1 opponent back as far as you can get them and then leave them to be picked over by the other players.  This is a very solid selection and something that I like.  I also usually like playing some sort of Green deck, so this would suit me just fine.

The next card that grabs my attention is Volcanic Fallout.  3 mana gets you an Instant that can’t be countered and deals 2 damage to each creature and player.  This is a mini sweeper that can’t be countered.  The ability to not be countered is actually pretty huge, but I expect that to actually be something for Legacy burn decks more than this format…but you never know.  The 2 damage to all creatures is pretty vital and can clear the board of those pesky “bears” quickly.  I really like this card as it feels powerful and very solid.

Next we have Tragic Slip.  This was a premium removal spell in Innistrad and absolutely nothing has changed.  1 mana to give something -1/-1 is good, but that Morbid ability basically assures you that you’re killing something.  This is cheap, efficient removal and very solid.  Not flashy…but solid.

Next is another removal spell in Brimstone Volley, yet another piece of Instant removal that deals 3 damage to target creature or player for 3 mana.  Trigger the Morbid ability at it deals 5 damage.  Just like Tragic Slip you want to make the Morbid a thing when you go to cast it, but it is just straight up good removal.  Umm…for those keeping score at home…the first 4 cards I’ve looked at have all been a form of removal…just…you know…keep that in mind.

The next 2 cards both grab my attention for entirely different reasons.  Flamewright is 2 mana 1/1, which is a little on the weak side.  However, the ability to make 1/1 defender tokens and then sacrifice them to deal 1 damage seems strong.  The fact that this generates tokens means you could get some incremental advantage out of this guy.  The creature type seems all wrong because Human Artificers should be Blue and not W/R, but I’m not one to quibble.  Liliana’s Specter also grabs my attention for the ability to force EACH opponent to discard.  That’s big and nets you a sizeable card advantage.  You play 1 card and your opponents collectively lose 3.  This likely means that you’re going to take the beats as they are all slightly upset with you, but the 2/1 creature is unlikely to truly scare any of them meaning they should quickly get over you.

Lurking Automaton is an interesting card, but he isn’t an early pick in this pack because of the ability.  He’s a real bomb in the middle of the pack when 5 or 6 cards have already been picked, so if you see him early, be mindful that someone further down the line is going to grab him and put him to good use.

Galvanic Juggernaut seems like a pretty solid 5/5 for 4 mana, but I’m not a fan of the conditions imposed on him.  Attacking each turn isn’t a big deal, but the staying tapped feels like it could be an issue. Maybe there will be lots of things dying and I get to untap him, but that feels a little risky which pushes him down the pick order.

Sakura-Tribe Elder is nice little piece to help with your ramp and will get some consideration in the mid-rounds.

Enclave Elite is interesting because of the Multi-kicker and the Islandwalk.  2/2 for 3 mana is solid and pump a little more into him and you may have a pretty solid creature to take out a player with the Islandwalk ability.  It isn’t flashy and other players with Islands may not be too appreciative, but it feels like a solid card in the Mid-rounds as well.

Compulsive Research is the Divination of this set and is actually a little bit better. Divination simply draws you 2 cards.  That’s nice.  However, for the same price, Compulsive research allows you to dig 3 cards down and then evaluate what you need.  Can you afford to pitch a land? If you so, late in the game, you might be able to grab all three 3 cards and really work to find that answer.  It’s an intriguing card, but like Divination in most sets, it’s a mid round pick at best.

Guardian of Zendikon seems interesting in that it enchants a land and makes it 2/6 defender.  When the land dies you get it back.  I’m hardly excited, but in the late rounds this would an interesting choice.

Plated Seastrider is 2 blue for 1/4 vanilla critter. I’d probably pick this ahead of the Ox because it is cheaper, but they are both pretty lacklustre.

Power of Fire is just bad and will almost assuredly be the last card picked out this pack.

I would seriously be considering just 2 cards in this pack.  I’d be looking at Decimate or Volcanic Fallout.  The Fallout is neat because I like the board sweeper effect and that it can’t be countered.  However, the potential upside to just blow an opponent out with Decimate is just too appealing.  I want…no…need to see the look on the face of the opponent (or opponents) when I cast this and blow up a bunch of their stuff.  It would be awesome!  Also effectively spending 1 mana for each of those 4 targets is very appealing and very economical for the amount of mana spent to cast it.

Both of these picks are a tad risky and the much safer play would be to take sure fire targeted removal like the Tragic Slip and Brimstone Volley.  However, remember what this set is.  It is a fun casual set that is full of shenanigans and I want to get right into the mix of things. As a result, I’m going to grab the Decimate and go down the rabbit hole to “Magical Christmas Land” trying to blow up a ton of stuff.

Well, there we have it…another week…another Crack a Pack.  I really enjoyed this pack and it left for TONS of interesting things to consider.  There would be very few cards in this pack that I wouldn’t be excited to pull and play.  I can’t say that about every set.  I can hardly wait for my chance to sit down and test this little set out and see what it is like to play.  It seems super diverse and plenty of fun.

What would you guys have picked?  Would you have gone with the Decimate too?  Volcanic Fallout?  Sure bets like the Slip and Volley?  Something else all together?  I’d love to hear your thoughts.  Send me a tweet and let me know what you think!

Thanks for reading. Next week we’ll have a pack of M15 for sure and bust it open to see what we can find.  Until then, may you crack nothing of mythic bombs!