With the coming Magic release of Kaldheim, there is a lot of potential, especially with the overt references of Norse myth in the flavour text and advertising material. While there are plenty of characters and events that take place in Norse myth, there are some especially interesting and niche characters that are amazing to see in the pre-release spoilers.

SPOILER ALERT AHEAD! If you don’t want to know any of the coming cards in the release of Kaldheim, leave now!

The Children of Loki

I touched on the children of Loki a little bit in the last article about Kaldheim’s Norse inspirations. Jormungandr is the first child of Loki, with Hel being the second, and Fenrir being the last.

Jormungandr may be familiar as the World Serpent, the snake that has wrapped around the Earth, stuck with its tail in its mouth. This hulking creature is more than likely represented by Koma, Cosmos Serpent, an absolute control beast coming into the meta as a blue-green. Similar to his brother in colour, Fenrir appears to be Sarfur, Realm Eater, a green-black mana legendary creature. The only one of the siblings that I haven’t been able to find is Hel, which I can only assume would become a black mana creature.

While all of these creatures operate on their own well enough, it would be something to behold if these cards were able to find a synergy together. This might be possible if Hel is a black or black-blue mana card, making a blue-green-black deck between the three of the demi-gods. Aw, the brothers are playing together!

If you have ever heard of The Witcher, you probably already know about the Wild Hunt. This traveling caravan of doom roams the skies, bringing omen and potential destruction with them. The Wild Hunt is led by a single rider, followed by a single woman and an army of spirits. Different stories tell different versions of the tale, suggesting that the leader of the Hunt could be Odin himself, ghosts, or a legion of demons, similar to the Four Horsemen of the Apocalypse.

Thus far, the closest group I could find that could be a reference to the Wild Hunt would be the Bloodsky. The archetype is a black mana focus as demons. This would synergize well with the coming Dread Carn, able to create their legion of undead following behind the lead horsemen, absolutely filling the board with zombies and spirits. There is still more to learn about the Bloodsky through their flavour text, but it seems likely that we should keep our eye out for a Wild Hunt – Tibalt mix coming to the meta pretty soon. Mimir is one of the wisest deities in Norse myth. Odin cut off Mimir’s head, carrying it around if Odin was ever in need of assistance or knowledge throughout his travels. This would be a great card for any kind of blue deck, especially to help introduce the ‘foretell’ ability. Chain that with some of the exile abilities that are popping up with the Planeswalkers, such as Kaya and Tibalt, and you have a strong combo deck waiting to happen. 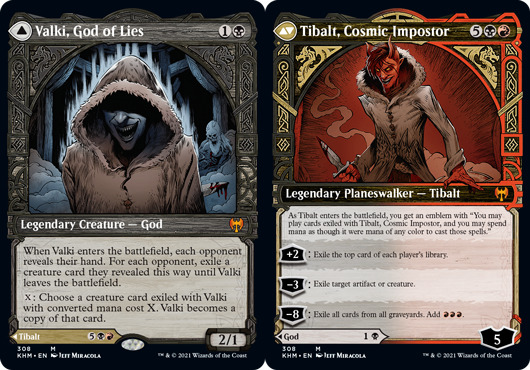 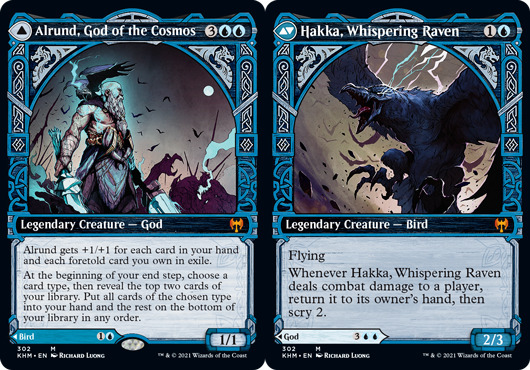 I could go on and on about other hopes I have for this set, and all the exciting things that have already been announced, but I want to hear what you think – leave a comment down below about what cards you are excited for coming into the Kaldheim release!

Want to pre-order your own Kaldheim pre-release set? Order now in the link down below!

Follow The Bag of Loot for more articles like this about all your favourite board games, from RPGS to TCGs.