Casual Encounters – Why playing Modern doesn’t have to be expensive Well, we’ve seen the Pro Tour, and a massive GP down in Richmond with one major thing in common.  Both of these premier events were Modern in their format, and that’s super cool.  We all spend so much time and energy focused on playing Standard that we often forget how interesting Modern can be…until it’s Modern season and then it gets really fun.  So many cool decks, so many divergent lines of play, and talk about cards long thought forgotten…it’s a fun time of year.

However, what becomes abundantly clear to many people is that playing Modern just isn’t feasible because the cards are so extremely expensive.  Tarmogoyfs go for close to $150 a card! Fetch lands can run set you back $200 for a play set! Not to mention all the other ridiculous creatures, spells, and other cards you would like to play with.  Playing Modern appears to be a format designed to crush your wallet and is unattainable for most. 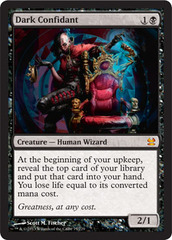 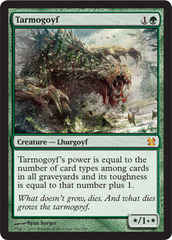 I, however, disagree with the premise that playing Modern is unattainable.  It doesn’t have to be super expensive.  What? You ask…surely you’re nuts.  No, I’m not.  You can very reasonably play Modern and at a modest price investment, but it will take a little creativity in order to make it happen.  Let me highlight how you too can play Modern on a very modest budget. Now, let’s make this clear, you will not be duplicating winning Tier 1 decks, but you can, with a little ingenuity brew your own deck that can play Modern and not look out of place. 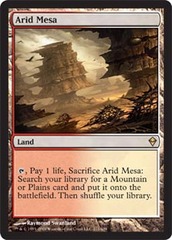 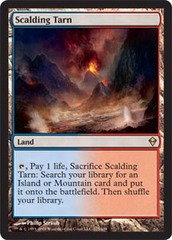 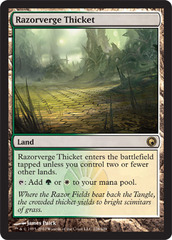 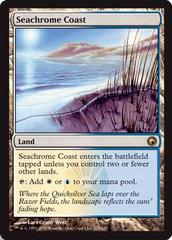 Let’s start with the Mana base.  This is usually the most expensive part of any deck, but it doesn’t have to be. Many Modern decks play Fetchlands like Arid Mesa or Scalding Tarn or Mirrodin fast lands like Razorverge Thicket or Seachrome Coast as their preferred lands, but the Fetchlands in particular, are super expensive.  The Mirrodin fast lands are less expensive, but picking up full playsets can be tricky.  However, as I have outlined in a previous article you can play Zendikar life gain lands such as Graypelt Refuge or Kazandu Refuge and they cost you a mere $0.50 a card on Three Kings Loot, making them a viable option and really keeping the cost of the cards down.  For Fetch lands, there really isn’t an equivalent land, but Evolving Wilds, at $0.50 a card on Three Kings Loot, is a super inexpensive way to fetch the lands you need without having to go for much pricier Fetch lands. There are other options but these are the least expensive options I’ve found, but there are lots of choices to make. So, now you have access to most of the mana you will need to cast your spells, but what to cast?  Let’s take a look. 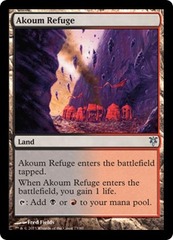 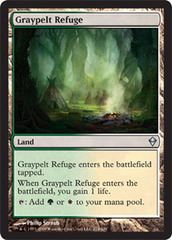 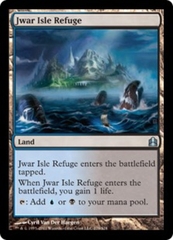 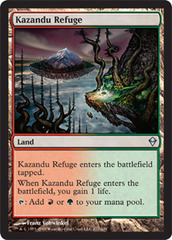 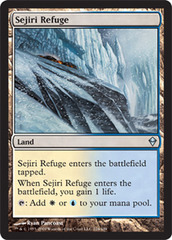 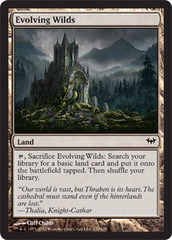 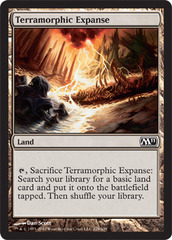 There are a whole range of creatures that have just been overlooked to the point that they have been forgotten.  One of these is Sphinx of Magosi  from Rise of the Eldrazi.  So often people think of just playing the three Eldrazi that they often forget all the other interesting creatures available and the Sphinx is no exception.  Sure, he’s 6 mana and hard to cast, but at the top of a curve in a deck you get a massive 6/6 flier.  However, what really sells me is that for 2 colourless and a blue the Sphinx gets a +1/+1 counter and draws you a card.  That is a pretty terrific ability that nets you card advantage and a huge body.  The best part is the Sphinx is a mere $0.50 a card at Three Kings Loot (although availability may be an issue).  If you can pick a couple of these guys up you have the top end of your curve and a devastating finisher to pound your opponents with. In the right control deck premised on seeing the Long Game, it could be that finisher you are looking for to finish the game off.

Another option is Seht’s Tiger from Future Sight.  Future Sight is known as the set that gave us Tarmogoyf, but what about the tiger?  For 4 mana (3 colourless and a white) you get a 3/3 with Flash.  That alone is pretty terrific because it can be splashed with just the 1 white mana in order to cast it, it makes a mess of combat math as a last minute blocker, and gives you a sizeable body to use afterwards.  However, even better is the extra ability that gives the player (you in other words) protection from target colour of your choice. So, let your opponent crash through, cast Seht’s Tiger and take out one of his better creatures, give yourself protection from all or some of the rest of the damage, and then counter attack    The quasi fog effect can be hugely back breaking and seriously swing the game in your direction as it puts you in the driver’s seat.  Largely an overlooked card, Seht’s Tiger could easily slide into a modestly priced Modern deck seeing as they too are only $0.50 a card on Three Kings Loot.

Going on down the line, if you like to play Mono green ramping strategies why not try out Kazandu Tuskcaller.  This little 2 mana creature (1 colourless and 1 green) is one of the several “level up” creatures and requires an investment of mana in order to make this guy work.  However, once you have him up and going he can spew out 3/3 elephant tokens like they are going out of style.  Have him reach his ultimate level and he will spit out 2 3/3 elephants a turn.  You could very easily imagine a board state where this guy has gone unchecked because he appears to be non threatening, but he can quickly flood the board with hefty 3/3 tokens that open the door for you to stampede on through on your way to a win.  His real appeal is that he too is mere $0.50 a card on Three Kings Loot, so in the right deck he could be an inexpensive addition that may take your opponents by surprise.

In the spirit of finding something for all the colours, for Red there are a number of good options.  One option is Conquering Manticore that gives you a 5/5 flier for 6.  This alone is very powerful and could be a terrific creature at the top of a curve.  However, the real treat is the Threaten ability that comes with the Manticore as it enters play.  So, you steal their best creature for the turn, attack with it, and still have a 5/5 flier! That’s pretty terrific. This little gem from Rise of the Eldrazi is overlooked and a deal at $0.50 a card.  If the Manticore isn’t your style, try Kazuul, Tyrant of the Cliffs.  This 3/3 Legendary Ogre from Worldwake is almost instant value.  The moment your opponent attacks you get 3/3 Ogre tokens for each attacking creature unless they are prepared to spend 3 colourless mana for each token .  So, this guy can stay home, play a little defence while you go straight to the dome, and have him produce an army of defenders to plug up the ground.  Again, low financial investment and potential big reward in the right deck make both of these cards things that players looking to keep their cost down should be prepared to entertain.

For Black I often go the route of pairing it with another colour instead of running a true mono black deck.  One of my favorite combinations is B/W because of some of the cool synergies.  One card that has always made me laugh is Ravenous Demon//Archdemon of Greed from Dark Ascension.  This is perfect in a B/W humans deck that could be inexpensively put together and provide hours of entertainment.  Ravenous demon is a very serviceable 4/4 for 5 mana, but sacrifice a human to it and POOF! Voila…you have a 9/9 flying, trampling demon.  Sure, you need to pay upkeep to the silly monster or it caves YOUR face in, but with this on the battlefield you can bet THEY are on a real short clock as well.  As is the theme today, the cost to pick up a couple of these guys for a spicy little Modern deck is quite low and it gives you some real punch to close out a game.

Now, I get grief from my friends for finding some of these obscure creatures and trying to craft decks around them.  They say “They are too expensive to cast! You’ll never get there!”.  My response is often this: Every deck needs a lynchpin.  Every deck needs some key component to allow you to finish of your game.  For some people combos are the way to get there.  For others it is a bomb that people never saw coming.  You can design a deck, in most cases, that will give you a chance to cast these bombs.  You don’t want to exclusively be running these guys because you will be in trouble, but having some of these guys as options in a deck could give you an unexpected edge and the relative financial investment is quite low. This mean that even I can get in to Modern and enjoy the opportunity to play and interact with some of the most powerful cards and decks in the format and really and truly not be out of place.

Thanks very much guys, and as always, if you have other hidden gems or treats that you like to use when you play, I’m always keen to hear about what other people are playing.

Until next time, keep it fun, keep it safe…keep it casual.